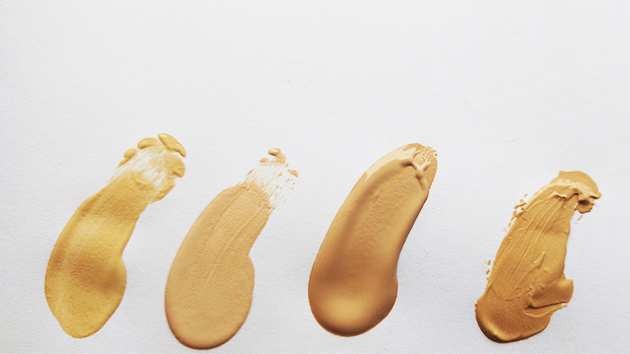 It always strikes me when I’m watching X Factor, that some of the kids that audition on the program are like 16, and that means they are nearly 10 FRIGGING YEARS YOUNGER THAN ME!

Yup, that means I’m nearly 26, and whilst that is by no means old, it does feel incredibly scary at times that I’m towards that side of 30, and it does often highlight to me just how far away I am from my old teenage self.

I was incredibly naive as a teenager, and sadly not particularly curious or experimental. I was too scared of the negative effects of doing something different, and as a result I was a bit cocooned in my little shell, busily reading a book or writing stories.

As you can imagine, my beauty routine wasn’t particularly developed, and looking back I wish I could have given myself a few little tips!

* The first thing I would tell myself is – Don’t use face wipes! They might seem quick and convenient, but every time I go to a beauty stand now, I am constantly warned off them and told how they mess with your skin’s natural balance and that it can actually take a few weeks for your skin to naturally restore itself. Apparently they are particularly bad for dry skin (which I have!) and can smear makeup and impurities around rather than cleaning your skin properly. I have no idea whether or not this is true but it was enough to scare me out of using them! Instead, I now use a micellar water as a pre-cleanser or for a quick cleanse for those days I am in a rush or feeling lazy.

*Don’t go crazy on eyebrow plucking! I remember being at school and everyone from about 13/14 years upwards starting getting on their brows. Prior to this, I had never really considered my brows, but after the trend kicked off in my class I began peering at them every night in the mirror. My mum then took me to get them waxed when I was about 15, but then a week later I carried on plucking. I was lucky they never looked disastrously bad, but now I’m older I long for beautiful naturally thick brows. I think my brow-gal-crush has to be Keira Knightley. 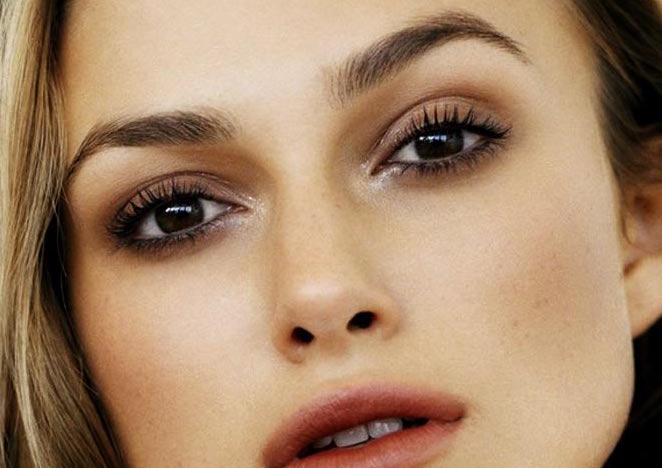 In fairness, I think I was about 17 here but it gives you the rough idea. Luckily my eyebrows have thickened slightly over the years but not as much as I would have liked. Seriously girls: just get them done by a pro and then leave them! Until you at least you know what the hell you’re doing!

*Maybelline Dream Matte Mouse – give it up. It’s pants. I have no idea why I was so obsessed with this stuff.I bought it again, maybe two years ago in the shade I used to wear – Ivory – to see if it changed but good God it was awful. It looked bright orange, the formula is soooo drying and cakey and it rubbed off so quickly But for some reason a lot of my friends wore this, so of course, I jumped on the bandwagon thinking I was the bees knees. But no. Just no. I was better off wearing nothing.

*Establish some kind of skin care routine. Obviously when you’re young, you’re not going to know for sure what is best for your skin, but I think it’s never too early to establish a skin care routine. Even if that amounts to not being lazy with taking makeup off in the evening, moisturising and giving your face a quick cleanse in the morning. I was so flaky with my routine and hardly ever took my makeup off before going to bed, being a lazy teen and preferring to do it in the morning. I’m hoping that’s not the reason my skin is so dry now but you never know!

*You don’t actually have to use hairspray on your face. Yup – I was one of those girls that used to squint my eyes shut and then spray hairspray all over my face as a makeup setter. It didn’t ever occur to me that there were products for that and I could have saved myself so much pain by owning one of these. Good thing I know now… It was a really plasticy hairspray I used to use as well.

*Lipliner isn’t just for lip-lining. I used to associate lipliner as that 90’s style overdrawn penciled top lip which I always thought looked rather Halloween-esque. Of course since my teens, I have learnt that lipliner is such a great way to create a base for your lipstick to help it last longer and can even be used as a stand-alone lip pencil; it never occurred to me to colour your lips in with it. I just read what it said on the packet and didn’t think to question it.

*Similar to the hairspray-on-face fiasco – we don’t need talc in our hair. This is probably the thing I wished I had learnt faster as my hair was always so thick, and I kept it pretty long so it would take forever to wash and longer to blow-dry and straighten. And as I mentioned, being a teen, I could be a bit lazy with washing it, so I used to chuck a pint of talcum powder in my hair (FYI Kate – you didn’t get away with it) and then wash the front part of my fringe…. 🙁 Oh how I wish someone had told me about dry shampoo!!!

*Foundations come in different colours and the names can be deceiving. Perhaps this seems obvious, but I never used to swatch foundations. I’d walk into Sainsburys or Boots and find the colour that seemed appropriate. I always liked the idea of the no-makeup makeup and natural looks, so I just reached for colour “Ivory” in everything and assumed it would be a nice pale colour. Even when it looked orange on me, I just assumed my skin was the problem rather than choosing a different foundation colour. *Doh*

*Lastly – YouTube isn’t just a music platform. I mean, I knew YouTube wasn’t JUST for music….but that was pretty much the association I had with YouTube. The only time I went on it was to watch a music video. Again, looking for beauty tips or makeup reviews just didn’t occur to me. Indeed, it was my bf of all people who – after hearing me complaining that my new foundation wasn’t applying well – suggested I look for some tips on YouTube. I probably would have avoided most of the above teen issues just by typing into that little search box. Still, perhaps it was a good thing I was a late bloomer as it probably would have cost my parents a fortune in makeup and skincare.

So those are some tips I wish I could have knows as a teenager! If any teens read this – you probably won’t be as naive as me – but I hope to maybe have been of some assistance.

I would love to know if there are any beauty tips that you would give your younger self?