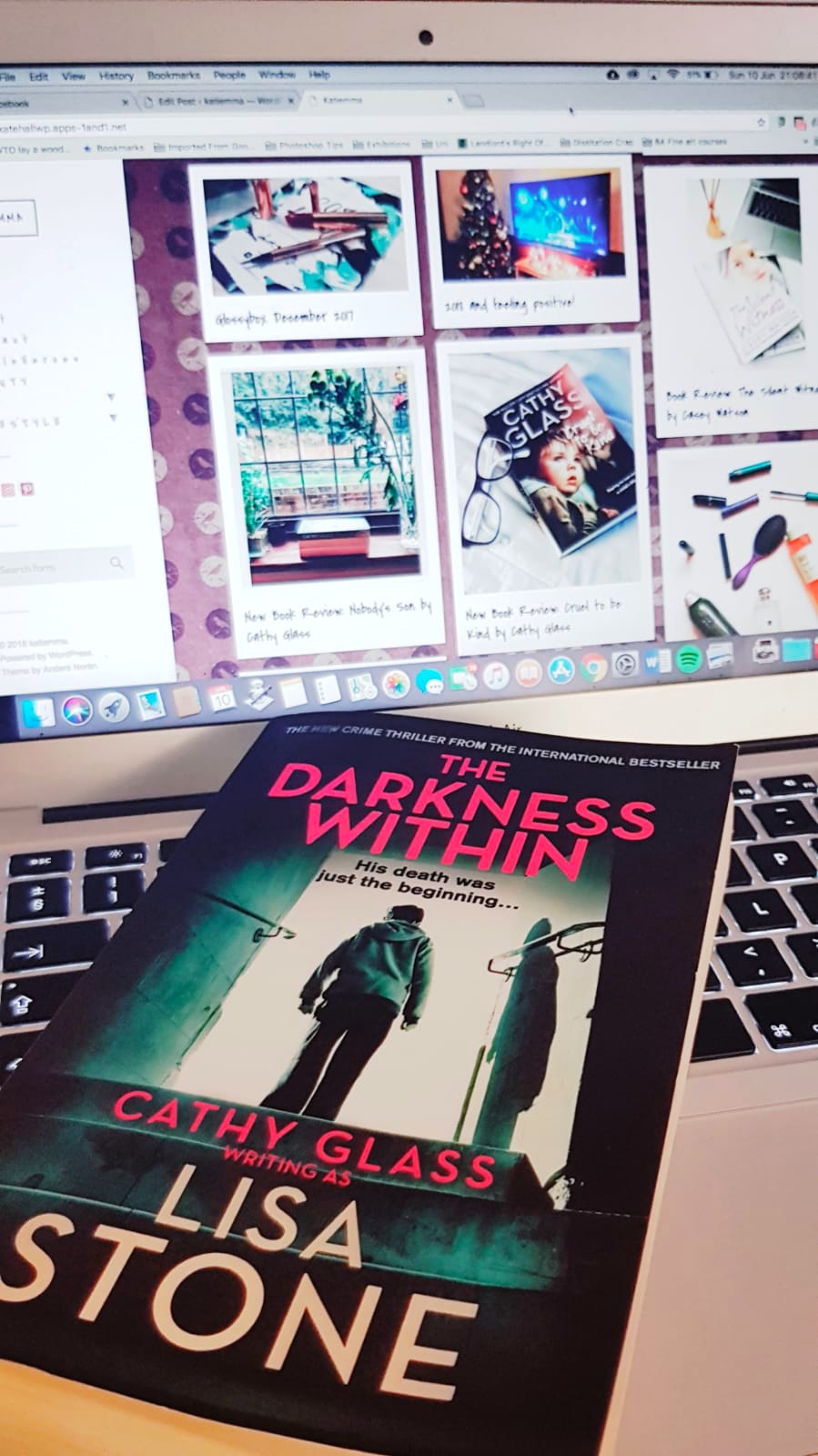 Review: The Darkness Within by Lisa Stone

After reading the majority of the Cathy Glass books, the most recent being A Long Way From Home, I was excited to hear that the bestselling author of the many real-life foster care novels was branching out into crime fiction and has released new crime thriller The Darkness Within.

After countless hours of watching crime dramas on TV, I have only recently been reading more crime fiction, and the synopsis of this certainly caught my attention.

The Darkness Within follows the transformation of Jacob Wilson after he undergoes a life changing heart surgery. Son to loving parents: the village rector and his kindly wife, Jacob’s character is meant to have been loving, kind and presumably gentle. However after receiving the heart of violent and abusive Shane, Jacob’s character and personality undergoes a shocking and sudden transformation.

This is the first book/film/TV show I have come across that explores the idea of cellular memory an the subject matter is certainly captivating. Although I am aware of the idea, my lack of knowledge allowed me to approach this with a completely open mind.

Being honest, I have been putting off writing this as I hate to be negative after Lisa kindly arranged to have this sent to me for review but this book did fall short for me on certain matters. Whilst I have no issue with the subject matter, and indeed, on paper, the plot is totally enthralling, it’s the delivery for me that didn’t quite work.

One of my initial reservations I had with this was that the easy-to-read and gentle writing style of the Cathy Glass books would be translated into this crime fiction. Whilst that worked nicely when telling the story of fostered children, I was hoping for something a little grittier in this style of writing. Whilst the themes and language could not be described as anything but “adult” I just feel that it needed a little more oomph rather than relying on subject and language alone to create a truly gritty read.

Another issue I had was with how the story flowed and how quickly the chain of events escalated, making the story feel less credible. Of course, not all novels have to be realistic, but in terms of character  development it felt a little far fetched and therefore made the characters less relatable.  Whilst we are given a good and gripping introduction to Shane – the organ donor – we are given no pre-transplant information on Jacob, and are forced to reply on snippets of memories and monologues from his mother. It’s therefore difficult to identify with Jacob as all as ever being a decent character, as we are only ever presented with the the “evil” version of him. When Jacob arrives home after the transplant, almost immediately this apparently “likeable” character adopts the new personality, being disrespectful, rude and wholly dislikable within a mere few hours. His behaviour escalates quickly, and pretty early on in the book – Jacob quickly becomes addicted to weed, porn and rough sex, and a number of other sensitive issues quickly develop – including rape, violence and murder. A very dramatic transition for the son of a reverend and his gentle, motherly wife.

It’s a shame more attention couldn’t be paid more to these more sensitive subjects, instead of the focus that is given to the longer paragraphs surrounding the worries of Jacob’s mother. Within this I also found Jacob’s parents frustratingly laid back, and whilst understandable at the beginning, I would have thought their attitudes might have changed to a degree as the book progressed, particularly after Jacob’s mother learnt of Jacob’s accused rape, and the potential violence against an elderly lady but no matter what he had been accused of, didn’t seem to be enough to entice his parents to even  raise their voice, let alone take action and investigate. And as for Jacob’s new girlfriend, Rosie,  – I wasn’t sure how realistic it was for a young woman to come out of one abusive relationship to so quickly accepting another man into her life with so little push back with so little information.  I wouldn’t want to pretend I have an insight into what goes on in the mind of a victim of domestic abuse, but I found the extent of her nativity frustrating.

Speaking of Rosie, I did think it was interesting that she ended up in a relationship with Jacob – the person who had her ex’s heart, and it may have gone some way to explaining why she gravitated towards him and does invoke the question of inevitability. Although I think I would have preferred for us not to have known that his new girlfriend was Shane’s ex so early on. Discovering this at the end of the novel at the same time as Rosie would have been a great twist and enabled us to share her horror in finding out this crucial piece of information. But again – in terms of the credibility – I am unsure if it’s realistic that she never found that her boyfriend, and a man she actually lived with, was dead.

By the end of The Darkness Within, I wasn’t sure how I was meant to be feeling: sympathetic, angry, incredulous? I like a novel to be thought provoking which this definitely was, and does invoke the question of where true evil really stems from, who the victim really is and who is really at fault. As I mentioned, if only we had had the chance to meet the “real Jacob”, it might have allowed us a relief to finally have him back, but instead, Jacob goes into heart failure and receives a new heart (I thought to receive a heart was a very lengthy wait – let alone receiving two!) along with an improved character, which conveniently means he has no recollection of his actions, which seems to exempt him him from all of his crimes, and his mother seems only too happy to brush the rape, violence, drugs and porn under the carpet.

I hope this review hasn’t put anyone off, and I would still encourage anyone to read it for themselves. As I said, I am relatively new to crime fiction but I can only write what I think! That being said, I still read this in two days and it was still a page turner, and whilst I don’t know if I liked the ending, it was still unpredictable and thought provoking. It’s great to read something new that I haven’t read before, and the idea of cellular memory definitely explores new ideas  and possibilities. To end of a positive, another plus for me was that it’s always great to read from the perspective of the criminal. I do look forward to reading more of Lisa Stone’s other crime novels.

if you’re interested in works by Cathy Glass you can read my reviews here: https://katiemma.co.uk/category/lifestyle/books/