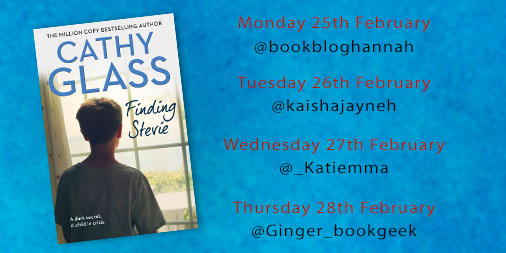 “When I was told Stevie, aged 14, was gender fluid I wasn’t sure what it meant and looked it up on the internet … Stevie spent time online and I warned him about the dangers of talking to strangers.”

The internet. Potentially one of the most insidious places in the world for a young teenager as Stevie soon discovers. Stevie, like many teenagers, is young and rebellious and is struggling through that awkward time of life when you’re caught between childhood and adulthood, testing boundaries and fighting to discover who you are.

“…he was confrontational, moody, withdrawn, stayed out late, didn’t do as they told him, wasn’t going to school and was generally making their lives a misery.”

With his mother in prison, Stevie is brought up by his grandparents, Peggy and Fred, alongside his two younger siblings, Liam and Kiri. While Peggy and Fred obviously care a great deal about Stevie, Stevie’s relationship with his grandfather is turbulent and Fred struggles to identify with Stevie’s feelings of gender fluidity, and after months of arguments, it is agreed that Stevie lives with Cathy.

Like all of Cathy Glass’s books, each story is centred around a particular topic and Finding Stevie is twofold: one that illustrates both the dangers of not being safe online, and of the struggles facing a person who is gender fluid; in this day and age both issues have never been more paramount.

Having read all of Cathy’s fostering stories, I believed I had an idea of where this book was going to go: a young adult struggling with gender fluidity with a grandparent with a more “traditional” mindset and no understanding of the internet, I guessed that Stevie would run into some problems with meeting unsavoury characters online and trusting the wrong people. But this couldn’t prepare me for what actually happened.

I have found this book so interesting; reading a story about a fostered child, you’re kind of hardwired to feel nothing but sympathy for the child, but this book has been rather challenging, for Stevie has a secret. And it comes as an absolute and complete shock, one that leaves Cathy and her audience reeling, and Cathy questioning her position as Stevie’s foster carer.

“For a moment I wished he’d never set foot in my house.”

I’m glad that Cathy has been honest about her feelings; at the end of the day we’re only human and it’s good that that the horrors and reality of fostering have been included, and really, it only makes Cathy more commendable in her patience and care. Whilst I have read stories of challenging behaviours in Cathy’s other books, there is still an element of understanding as a lot of the children are younger, angry, and acting out, and struggling to deal with what has happened to them.

The story with Stevie is a little different. He may be a teenager and not yet an adult, but he is in no way a child with a clear understanding of what is right and wrong, and although his mother is sadly in prison, he has had the benefit of being brought up by two loving grandparents. Nothing can prepare you for what unveils and it has still left me with mixed feelings. Particularly as there are moments when Stevie doesn’t seem to understand the gravity of the situation and seems more interested in chatting to his friends on his phone. There were definitely moments where I wanted to reach into the pages and shout “Why can’t Cathy rip the damn phone out of Stevie’s hands?!”

Having read the book, I think we have to appreciate the struggles that fostering can bring and that there is never going to be a clearcut answer, even with a fostered child. One thing which does remain perfectly clear, is that it’s so important to have communication with youngsters, particularly vulnerable ones, and that when you’re looking after children, you need to have a good understanding of the dangers of the internet, regardless of your age, if you’re looking after children. Whilst Fred is certainly not to blame for events that unfolded, one does wonder if perhaps the turn of events may have gone a little differently had Stevie had a sufficient support network around him.

“His grandparents don’t even own mobile phones.”

Towards the end of the book, you learn a little more about Fred and Peggy and some of the reasons why they are so hard on Stevie, so once more our perceptions and pre judgements (or perhaps just mine) are challenged.

This is a thought provoking and emotive read and I am very grateful I have had the opportunity to review this. Cathy, as always, does an amazing job, despite the difficulties she faces from Stevie, Fred, unappreciative supervising social workers and less than forthcoming social workers, and there are moments I really feel for her and the lack of support she gets. As Cathy herself points out, a simple thank you would be nice once in a while.

Cathy’s books are sensitively written, and manages to convey a serious message whilst remaining approachable to her audience. With over twenty five years of fostering experience Cathy has fostered over 150 children and is a credit to her profession.

For more information on Cathy Glass and her books, visit www.cathyglass.co.uk

Disclaimer: This book is an ARC was very kindly gifted to me by HarperCollins Publishers however all opinions are my own.